Small Business Owners Are Retiring, And Millennials May Not Fill The Gap On America’s Main Street

After 235 Years one of the nation’s oldest hardware stores closes. Is America’s Main Street in retirement or transition?
A local hardware store in Worcester, Massachusetts recently announced that it was going out of business. This wouldn’t be big news, except Elwood Adams Hardware has been around since the Articles of Confederation. Dating back to 1782, it is (or was) one of the oldest hardware stores in the United States—continually open for 235 years under various owners.
The store’s employees, most of whom have worked there for decades, gave multiple reasons for the business’s closing. First, the pressure of Internet competition; second, and related to the first, a lack of loyalty from younger customers; and finally, the owner was ready to retire, and couldn’t find anyone to whom he could sell the business.
According to the U.S. Small Business Administration, small businesses account for 48% of national employment in the United States. In number, they represent 99.7% of all businesses in the country. Small business owners, some with staffs of 500 employees, others toiling alone in a home office, and plenty more in-between, are the stewards of an enormous segment of the American economy.
In the demise of Elwood Adams Hardware, we can see two forces at work that may figure to change the landscape of American small businesses and entrepreneurship. There is the continuing disruptive dominance of the Internet in the commercial sphere. And, perhaps less well-observed, there are the swelling ranks of retired-or-retiring Baby Boomers, and the emergence of the Millennials to replace them as the brunt of the workforce in the United States.
Our ancient hardware store’s owner is not the only person looking to sell a business on the way to retirement, only to be unable to secure a buyer. Much as downsizers who clear out their attics and basements figure out that nobody wants their old stuff, some aging entrepreneurs discover that nobody wants their old businesses. This is a very big deal for these business owners, who may have the majority of their lifetime capital (as well as sweat equity) put into their company and hope that selling it will finance their retirement. And it may also be a big deal for the economic engine and job generator of Main Street—the average age of a small business owner is over 50. Either their businesses will be taken over by others, or they will disappear.
The problem is there might not be anyone to take them over. Gen X, typically considered to be those Americans born between 1964 and 1979, are nearly half the number of people that are considered to be Baby Boomers and less than half the number of the mega-sized Millennial generation. So what about the Millennials? In places like Boston and San Francisco, it would appear that they are the nation’s engine of entrepreneurship. Will they take over Main Street?
Shattering the mythology of the backpack toting digitally-empowered Millennial entrepreneur are the stats. It appears that today’s newer entrants to the economy are far less entrepreneurial than preceding generations. One reason might be because they are saddled with an unprecedented amount of student loan debt. Even when those loans are not crippling, they seem to lessen one’s inclination to take on the risk of starting a business. As a result, the ranks of young business owners are not growing in the way we might expect, especially when 60% of Millennials claim to be entrepreneurs, at least in spirit. Ironically, the one age group where entrepreneurship is rising is 55 and older—those forging ahead in the new longevity economy.
Could other factors be discouraging younger people from starting businesses? Millennials may be more keenly aware, on both the rational and instinctive level, of the economic pressures that are reshaping how business is and will be done in the future. Robotics and online offerings are replacing small business operators in local grocers, insurance agencies, clothing stores, financial advisors, and even law firms. Family doctors are being driven to hospitals or large practices and being replaced by doc-in-a-box urgent care franchises. And yes, hardware stores are being boxed in by big box stores. It may feel fool-hearted to jump into an industry when you’re not sure that industry will exist in a decade or two. 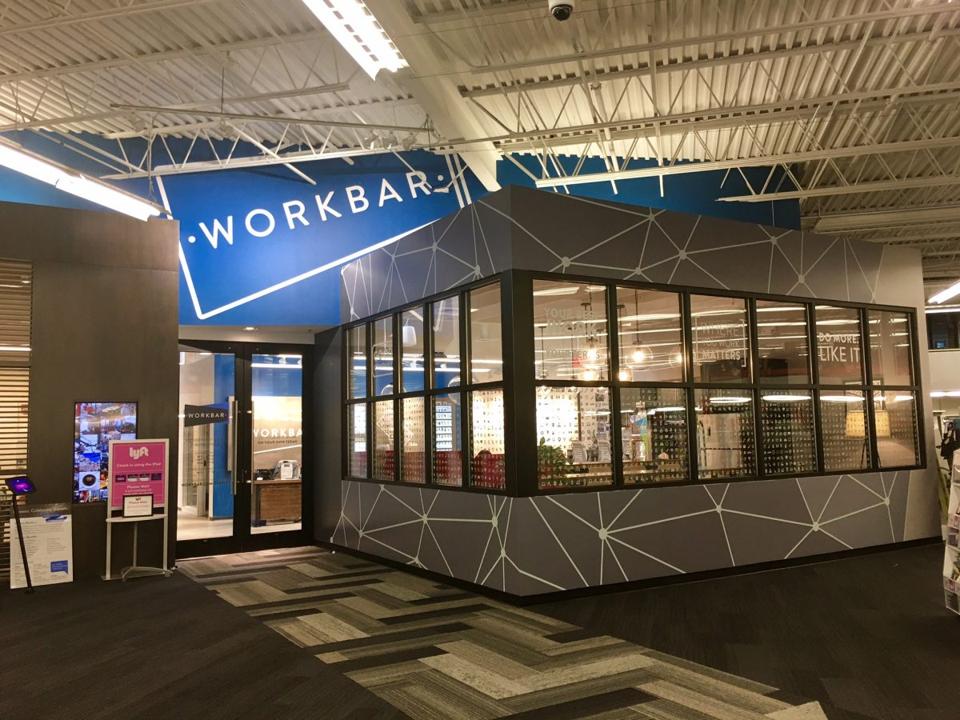 Coworking spaces such as Workbar may be the new Main Street storefront.

the case that the idea of entrepreneurship has expanded beyond owning a business. Millennials may be less enamored by the idea of their own office or storefront and a team of loyal employees. Small business, in part, is powered by the desire of the entrepreneur to be free of big business bureaucracy and for personal independence. Rather than developing new businesses that employ many, a new generation of would-be small business owners may satisfy their entrepreneurial impulses by becoming businesses-of-one via the gig economy. Maybe they’re hustling for Uber, renting out their larger-than-average Manhattan closet on Airbnb, or taking a single seat in any number of coworking environments such as WeWork, NGIN or Workbar rather than taking the (risky and expensive) leap of faith to business ownership.

An essential generational transition in U.S. business ownership has yet to occur–which means the real 21st century economic transformation of the United States is only just beginning. When the current crop of older business owners retire, and the majority of small business owners are digital natives, then we will see what a new era looks like. The 200-year-old hardware stores of the world might not make it, sadly. But they may well be replaced by a diverse new array of business models unleashed by the next generation, opened up by the sharing economy and the Internet, some of which will look like nothing we have ever seen before.

Search for content
Recent News
Archives
Follow Us
Contact us for a custom quote. We'd love to work with your team!
Get In Touch
Copyright Tidewater Systems. 2022 - All Rights Reserved
Back To Top
×